Yoko "Yomako" Littner is Yoko's  daughter. When Yoko "died", she was only 15 years old and a sophomore in highschool. Afterwards, she signed up for the UCR as in currently under command of Colonel Capellan, or Marq for short. Yoko now serves as a replacement for her deceased mother.

Yoko "Yomako" Littner was born in the city of Tokyo, Japan under her parents Yoko and Grif. She adopted from an orphanage at age 5 since. During her life at the orphanage, she was neglected by her caretaker and was mostly ignored in her life. In school, Yoko was always the top in her class. Since Yoko had a high sex appeal, she was mostly hit on by popular kids at the school. She seemed to have a pretty good school life, but it was soon ended; her mother, Yoko, was "killed" in combat during a school day in her sophomore year. Since then, Yoko has planned to avenge her mother and keep her legacy going by joining the UCR. Ironically, she was assigned to Marq's ship.

After Yoko was assigned to Marq's ship, she was easily mistaken for her mother since she bears a very strong resemblance to her. To their surprise, she was  welcomed to the ship and is being watched over by Yuno Gasai. Grif  cared greatly for her, getting angry whenever she got in a dangerous situation such as when she fought off Wraiths. Later however they fell out and Yoko took a direction too similar to her mother during her Merc days, killing innocent soldiers. She was turned off from this after a lot of thinking and influence from others. After some recreational time she suddenly fell ill and forced into a coma like state.

After 15 years, Yoko had experienced an unusual event. A mysterious spell was cast upon her, refraining her from aging at all. Staying 19 years old since the Wraith conflict, despite the event she still was active in serving in the adventure group. Being a succesful succesor of her mother Yoko, she was promoted to Lieutenant Colonel in the UCR, also becoming a well known pilot nicknamed "The Red Unicorn" for her trademark paint scheme.

Yoko has the same skills as her mother, but at times her fighting ability can completely differ when needed.  This was shown during a fight with an unknown, this person apparently seemed to know her mother's fighting style so Yomako decided she would use hers. This proved to be extremely effective against opponents that are familiar with Yoko's fighting style.

She proved to be quite a skilled pilot during a fight between Fullfrontal and Sleeves. While Full Frontal kept trying to attack her, Yomako dodged most of his attacks, but barely. She managed to shoot down at least 9 enemy mobile suits including an enemy Ksatriya by dismembering it and firing a beam magnum round into the cockpit.

She was the top student in her class, thus making Yomako really smart like her mother. It is unspecified whether or not she can work in labs for scientific purposes.

Unsurprisingly, Yoko has already made positive relationships with her fellow members of the adventure group. She first introduced herself to Yuno Gasai; Yuno was surprised at first and introduced herself nicely to Yoko. After getting to know her, Yuno would act as a motherly figure to Yoko, since Yoko didn't get to have parents to raise her while growing up, as Yuno faced a similar childhood though under more grim circumstances. After Yuno's death, Yoko fell depressed and decided to abandon the group till further circumstances.

Marq introduced himself to Yoko thinking that she was her mother, but she told everyone that she was actually Grif's and Yoko's daughter. He was surprised and welcomed her warmly to the adventure group, she grew to be close to Marq and looks up to him for advice when needed. After his disappearance, she still wonders on the whereabouts of him.

Blade seems to like Yoko as a close friend, they are very fond of each other and look out for each other when either is in danger. She hasn't talked to Blade in awhile.

Grif is Yoko's step-dad, and when Yuno brought her to him. She seemed to be very fond of him, and the two have been close ever since. Although, Yoko has never met her biological father.

Yoko is Yoko's mother, she looks up to her as a role model. When Yomako was in a dire situation that she thought she couldn't get out of she heard her mother's voice give her advice. She then used that advice and got out of this so called situation. Yoko then returned to see Grif once again so they could be wed together, but sadly this was her final moments with Grif, and the Adventure Group. She took over for Yoko after her departure.

Evo is Yoko's "aunt". She mistook Yoko for her mother at first until everything was explained. She enjoys having her around and tries to get her to adjust to the hardships of what her mother faced. 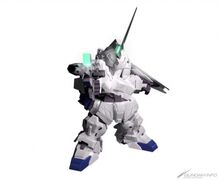 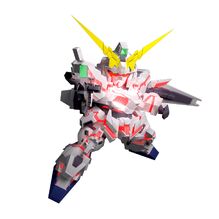 Yoko about to fight off troopers.

Yoko during her highschool years.

Yoko freeing a friend from prison